The space IP race: protection and enforcement of your orbiting assets

At 3:22 pm on 30 May 2020, from the same Florida launchpad that once served the Apollo missions and the Space Shuttle, SpaceX lofted two American astronauts out of the atmosphere and into space. Although not the first time in space for the two astronauts, they were the first to be blasted into the cosmos using a space capsule built by a private company.

As the astronauts sat in their space capsule watching the world from on-high, they may have spotted that a lot more technology is orbiting the Earth than when they first went into space many years ago. SpaceX is currently undertaking the Starlink project where several thousand satellites orbiting the Earth will provide high speed, low latency, broadband to anywhere on the planet. SpaceX is not alone, however in trying to achieve this dream. Oneweb (a British based company backed by Softbank amongst others), and Project Kuipier run by Amazon owner Jeff Bezos, also have this ambition.

So, with all this technology whizzing around the Earth, how can companies protect their investment in R&D associated with the technology? On the other hand, is there anything that can be done to avoid patents owned by other people covering the technology in your orbiting object?

Obviously, objects which are to be ultimately launched into space need to be constructed somewhere on Earth, prior to launch, by companies registered and based on Earth. The filing strategy issues for companies associated with this part of the life-cycle of the soon-to-be orbiting technology are the same as with more traditional technology. For example, where will competing products be manufactured, what companies will be making the competing products and where are these companies based?

Moreover, as there are only a few countries that have the infrastructure available to launch objects into space, a patent covering one of those jurisdictions may be useful to prevent the object being imported into that country for launch.

However, after launch, where the competing technology is orbiting the Earth and so is not located in any one country, there are many issues to consider, especially around the issue of patent infringement.

The answer to this question is provided in a treaty from 1967 called the United Nation’s Committee on the Peaceful Uses of Outer Space, where it is stated that:

A State Party to the Treaty on whose registry an object launched into outer space is carried shall retain jurisdiction and control over such object…while in outer space.

So, it is fairly easy to establish the country which has jurisdiction; it is dependent upon the registry on which the orbiting object is located.

As the object is orbiting the Earth, and so is not located within one particular territory, we have to look to the patent law of the country having jurisdiction to determine whether an infringement has actually occurred.

This is a very complicated issue for space technology companies.

At present, there is only one country that has provided clarity on the question of infringement of a patent by an object in space.

In the United States of America, 35 US Code 105 states that:

This clarity is very useful for space technology companies wishing to protect their innovation as any infringement of an invention on a space object that is under the jurisdiction of the US (that is, is on the register in the US), will be judged as if the orbiting object was based in the US.

However, whilst this provides clarity regarding orbiting objects that are on the register of the US, and thus fall under the jurisdiction of US patent law, as noted above, other countries have infrastructure that allows orbiting objects to be launched. Therefore, it is possible that companies may register their orbiting objects on a different country’s register.

With this doubt over infringement in other countries, therefore, has the clarity of the US patent law created a loophole that would allow a company to register the orbiting object on a different country’s register (like a “flag of convenience” that occurs in maritime) to specifically avoid the clarity of US patent law in this respect?

Like all good science fiction, we will investigate this further in our next instalment. 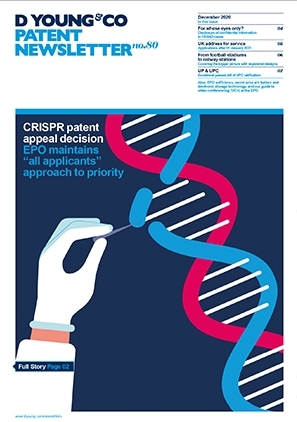 Patent Book EPO Board of Appeal Decisions
Request your copy