The UK Government has announced that its current IP exhaustion regime will remain in place for the time being, as there is not enough data available to understand the economic impact of any alternative proposals.

Since leaving the EU, the UK has been operating under what the government calls a “UK+” regime, which is where intellectual property rights in relation to goods are considered exhausted when first placed on the market in the EEA by the IP owner or with the owner’s consent and then imported into the UK. This is not, however, reciprocated by the EU for products going the other way.

In the height of summer 2021 the UK Government launched a 12-week consultation through the UKIPO seeking views from owners and users of IP rights on what form of exhaustion regime the UK should take following its departure from Europe. Among other questions, the government sought views on four different proposals including UK+, national, international and "mixed" forms of exhaustion, each considering at what point rights become exhausted.

After reviewing 150 responses from businesses, organisations such as trade associations, and other private individuals, on 18 January 2022 the government concluded that “there is not enough data available to understand the economic impact of any of the alternatives to the current UK+ regime. As a result, it has not been possible to make a decision based on the criteria originally intended.” The government announcement went on to say that further development of the policy framework is required.

As no timeframe has been set for any such development or decision, it appears IP rights holders must continue to be patient for further developments while the current asymmetric exhaustion regime continues.

View the government’s summary of responses to its consultation on the UK’s future exhaustion of intellectual property rights regime: 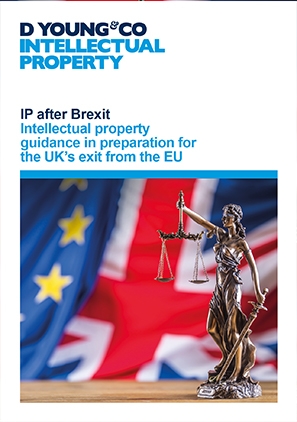