In two related cases, the General Court (GC) upheld the decision of the European Union Intellectual Property Office (EUIPO) Board of Appeal, confirming the partial existence of a likelihood of confusion between the figurative sign incorporating the text "ricci" and the earlier trade mark RICCI in relation to certain goods and services, and the taking of unfair advantage of the earlier trade mark NINA RICCI. 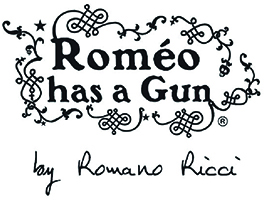 Arrom Conseil (the applicant) applied to register the figurative sign as an EU trade mark for goods and services in classes 3, 25 and 35, including soaps, perfumes, cosmetics, hair lotions, preparations for shaving, leather preservatives, clothing, footwear, and the presentation of goods on communication media for retail purposes of soap, perfumery, fragrances, essential oils, cosmetics, hair and body lotions, make-up and beauty preparations, shaving preparations, footwear and clothing. The earlier trade marks were registered for amongst other goods, perfumes, soaps and clothing.

Comparison of the signs

The applicant argued that the Board of Appeal had erred in their assessment of the similarity between the signs at issue by taking into consideration only what it considered to be the dominant element of the mark applied for, namely the word element "by romano ricci", and that it had therefore underestimated the impact of the additional word and figurative elements.

The GC dismissed the applicant's argument, finding that the Board of Appeal had taken into account all of the additional elements and had then made a comparison of the two word elements, concluding that although the "roméo has a gun" element was striking, the "by romano ricci" element would attract the relevant public's attention more, because it gave further meaning, as an indicator of source, to the first word element.

With regard to conceptual similarity, the GC confirmed that the word element "romano ricci" would be perceived as the mark of the house, and that in the field of fashion the designer of a product is likely to be the of utmost importance to the relevant public.

In relation to the finding of unfair advantage, the applicant submitted that the Board of Appeal had based its findings on mere suppositions.

The Board of Appeal had found that the reputation of the earlier mark NINA RICCI for 'clothing' was such that the EU public would establish a link between the marks at issue, despite the presence of additional elements in the mark applied for. The earlier mark NINA RICCI enjoyed a reputation in the European Union as a mark conveying floral, romantic and classical concepts, and on the basis of evidence produced by the intervener, the Board of Appeal found that the mark applied for also conveyed floral and romantic concepts.

The GC dismissed the applicant's arguments and found that the Board of Appeal had made a global assessment and had based its findings on evidence. Consequently the Board of Appeal had been right to find that the mark applied for could take unfair advantage of the reputation of the NINA RICCI mark in respect of goods in classes 3 and 25 and similar services in class 35.

The decision illustrates that where an earlier mark is entirely reproduced in the mark applied for, it is possible that a likelihood of confusion will be found, even if the mark applied for contains additional, visually striking elements making up a substantial part of the mark.