General Court confirms EUIPO first instance decision that “La Mafia se sienta a la mesa” manifestly promoted the criminal organisation known as the Mafia, and that the full text of the word elements of the mark conveyed a message of conviviality and trivialised the word element “la mafia”, thereby distorting the serious connotations of that word. 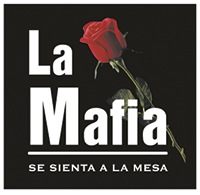 The mark was registered in 2008. Some seven years later in 2015 the Republic of Italy sought to invalidate the mark in its entirety on the basis of Article 7(1)(f) of Regulation 2017/100, namely that it was contrary to public policy and to accepted principles of morality.

The Cancellation Division of the EUIPO held that the mark “La Mafia se sienta a la mesa” manifestly promoted the criminal organisation known as the Mafia, and that the full text of the word elements of the mark conveyed a message of conviviality and trivialised the word element “la mafia”, thereby distorting the serious connotations of that word.

The court emphasised that the word element “la mafia” is the dominant element of the mark and is understood world-wide as referring to a criminal organisation that resorts, inter alia, to intimidation, physical violence and murder in carrying out its activities, which include drug and arms trafficking, money laundering and corruption. According to the General Court, those criminal activities breach the very values on which the EU is founded, in particular the values of respect for human dignity and freedom, which are indivisible and make up the spiritual and moral heritage of the EU. Moreover, given their cross-border dimension, the court said that the Mafia’s criminal activities are a serious threat to security throughout the EU.

The fact that La Mafia Franchises intended to register the mark “La Mafia se sienta a la mesa” with a view to alluding to the Godfather film series, with no intention to shock or offend, was considered to be irrelevant to the negative perception of the mark by the public.
The court also explained that the reputation acquired by the Spanish company’s mark and the concept of its theme restaurants, connected to the Godfather film series, was irrelevant for the purpose of assessing whether the mark is contrary to public policy. Further, the fact that there are many books and films on the subject of the Mafia in no way was considered to alter the perception of the harm done by that organisation.

Finally, the court sided with the EUIPO and Italy’s assessment that the association of the word element “la mafia” with the sentence “se sienta a la mesa” (meaning “takes a seat at the table” in Spanish) and with a red rose was liable to convey a globally positive image of the Mafia’s activities which could trivialise the perception of the criminal activities of that organisation.

The mark was therefore considered to be likely to shock or offend not only the victims of that criminal organisation and their families, but also any person who, on EU territory, encountered the mark and had average sensitivity and tolerance thresholds. It was therefore declared invalid.

A review of the EUIPO register shows that a number of marks exist consisting of or containing MAFIA are registered; however, more recently a series of applications appear to have been rejected suggesting that the office is tightening its grip on such marks that are liable to cause offence.