This case concerns an appeal to the General Court (GC) in relation to invalidity proceedings that had been filed against a registered Community design (RCD). El Hogar Perfecto del Siglo XXI, SL (El Hogar) had registered the design to be applied to corkscrews. 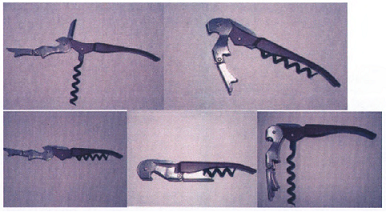 About 18 months after registration, the intervener, Wenf International Advisers Ltd (Wenf) applied for a declaration of invalidity of the RCD on the ground that the design was not new and lacked individual character. The application was supported by the existence of Wenf’s Spanish registered design of a corkscrew. 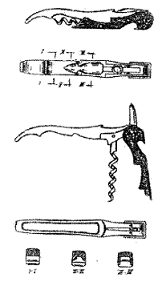 The Cancellation Division decided that the application for a declaration of invalidity should be granted and considered that the design did indeed lack individual character and shared several similarities with the earlier design of the applicant, whether or not the corkscrew devices were viewed in an open or closed position. El Hogar appealed to the Board of Appeal but the appeal was dismissed. The Board of Appeal agreed with the Cancellation Division’s comment that the designer of El Hogar’s corkscrew had a high degree of freedom in design of the device as such a tool can be designed in several different ways. The Board of Appeal also identified the informed user as being both a private individual and a professional who uses corkscrews.

El Hogar appealed to the GC, contending that the Board of Appeal had made errors in connection with assessment of the individual character of the design and the definition of the ‘informed user’.

With regard to the definition of the ‘informed user’, it has been established that this term refers to someone between an average consumer, who may not have any particular knowledge, and an expert, who is considered to have technical knowledge. Although the ‘informed user’ will not be a specialist in the field, or design relevant goods, that person should be understood to have some familiarity with the relevant sector and therefore have some knowledge about the different designs in existence. The Board of Appeal had identified the relevant sector as being “lever-action corkscrews” and the informed user as “both a private individual who uses those devices at home and a professional (waiter, sommelier) who uses them in a restaurant”. The GC confirmed that this definition was correct and went on to confirm that the informed user “can be understood as referring to a user who is particularly observant, either because of his personal experience or because of his extensive knowledge of the sector in question”.

The applicant’s argument that the definition of informed user was incorrect was not supported, as it had not shown that only professionals would handle the lever-action type of corkscrew.

In the assessment of the individual character, the overall impression of the design and the designer’s degree of freedom in developing that design have to be considered. The degree of freedom will be affected by any elements of the product that are dictated by technical function. If the designer has a wide degree of freedom, small differences between two designs will not be likely to result in a different overall impression of the designs on the informed user. The applicant contended on appeal that the Board of Appeal had erred in deciding that the designer had a high degree of freedom in relation to the lever-action corkscrew with arguments including that the position of the blade was significant and that the corkscrew could be rendered ineffective or dangerous if the blade was not placed in a certain position. However, the applicant did not support its argument with any evidence and the materials before the court showed there to be a number of other designs in existence for leveraction corkscrews that took different shapes and forms. The court concluded that the appearance of the corkscrew is not subject to technical constraints and the design may therefore vary significantly.

The applicant argued that the Board of Appeal had erred in its decision that the overall impression of the respective designs was the same, and criticized the Board of Appeal for looking at the corkscrews only when in a closed position. The court confirmed that the Cancellation Division hsad found similarities between the respective designs whether or not the corkscrews were open or closed and the applicant had not contested the Cancellation Division’s findings. Both the Board of Appeal and the Cancellation Division had examined the devices in open and closed positions. The court did however point out that it was not wrong of the Board of Appeal to look at the corkscrews when they are in the closed position, particularly as such corkscrews are designed to fold up, for easy storage and carrying purposes. The differences between the devices, alleged by the applicant, were considered by the court to be irrelevant, or insignificant. Of note was that the court was able to look at actual samples of the corkscrews, not just representations of them. The applicant had referred to operational difficulties in support of its arguments regarding the position of parts of the corkscrew but such aspects are not relevant for the assessment of the individual character and the purpose of the design is to protect the appearance not the method of operation.

It seems easy to agree with the court’s decision that the respective designs in this case have a similar overall impression. Many of you will not be unfamiliar with this sort of corkscrew and it is interesting that a party has achieved registration of an object in everyday use in bars, restaurants and some households.