Coca-Cola's opposition against Mitico's Master mark has shown that an opponent may be able to rely on evidence of how the applicant is using the opposed mark in practice, to support the allegation that unfair advantage is being taken.

Read the latest update in this case

Coca-Cola v Mitico return to the General Court for a second appeal in relation to the Master mark. Read about the 07 December 2017 decision:

Mitico (Modern Industrial and Trading Investment Co. Ltd) had applied to register the mark, consisting of 'Master' in combination with an Arabic word, in relation to goods in classes 29, 30 and 32. 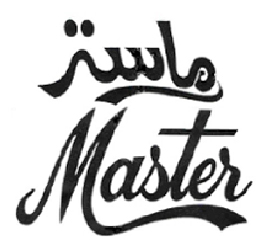 Coca-Cola opposed the application on the basis of four earlier Coca- Cola marks as well as a mark consisting of the initial stylized 'C' of the Coca-Cola logo. Together, the earlier marks cover classes 30, 32, 33 and 43.

The opposition was based upon confusing similarity; and the fact that the earlier marks enjoyed a reputation such that the use without due cause of the trade mark applied for would take unfair advantage of, or be detrimental to, the distinctive character or the repute of the earlier marks (Articles 8(1)(b) and (5) respectively).

Board of Appeal level

Coca-Cola appealed against the rejection of the opposition, but the appeal was refused. The Board of Appeal's points included:

There was no similarity between the signs with the exception of the 'tail' coming from the 'M' of Mitico's mark and the 'C' of Coca-Cola's mark.

The script of the Coca-Cola marks, called the Spenserian script, is not owned by Coca-Cola and is freely available for any party to use.

The Spenserian script is not particularly fanciful and therefore the consumer would not necessarily connect another sign in that script as coming from Coca-Cola.

The way in which Mitico might be using the mark applied for (shown in evidence filed by Coca- Cola) was irrelevant for consideration of Article 8(5).

Because the marks were not similar, Article 8(5) could not succeed.

Coca-Cola filed a further appeal. The General Court (GC) confirmed that the criteria for Article 8(5) cannot be considered if the respective signs are different; there has to be some similarity, however faint that might be.

Coca-Cola contended that the Board of Appeal was incorrect to decide that there was no similarity between the signs, particularly as it had admitted that the 'tail' was a common element in both marks, and both were in the Spenserian script.

Coca-Cola's issue was over the visual similarity. In this regard, the GC confirmed that the Arabic element of Mitico's mark was of secondary importance because the relevant consumer would not understand it.

Although the GC appreciated that there were visual differences between the signs, it also noted similarities. Of assistance for cases concerning food products, the court confirmed that visual similarity is more significant because the consumer pays attention to the packaging and labels of foods so that the figurative elements are just as important as the word elements.

The GC concluded that the Board of Appeal wrongly assessed the likelihood of confusion as it had divorced the 'tail' from the words. It therefore failed to conduct a global assessment, which would have taken into account the fact that the words were in the same script.

Accepting that consumers might make a link between the marks because they use the same script did not award Coca-Cola a monopoly in use of the script; but it was relevant in terms of visual comparison.

Having found a low degree of visual similarity between the mark applied for and the earlier Coca-Cola signs (not the earlier 'C' mark), the GC went on to conduct a global assessment, noting that aural similarity between the marks was of less importance, as the goods at issue were generally sold in self-service stores where the visual appearance of the product is predominant.

The GC confirmed that the Board of Appeal should therefore review the case, and take into account other relevant criteria to decide whether or not a link could be established between the marks.

Evidence of market use

Part of Coca-Cola's appeal related to the fact that the Board of Appeal had not taken into consideration evidence filed by Coca-Cola regarding how Mitico had marketed its goods bearing the mark. This evidence included these screen shots:

Coca-Cola submitted that the evidence was relevant for consideration as to whether or not Mitico had taken unfair advantage.

The GC referred to the SPA FINDERS case in its confirmation that "unfair advantage has been taken of the distinctive character or the repute of the earlier mark where there is an attempt at clear exploitation and freeriding on the coat-tails of a famous mark".

The GC also referred to the L'Oreal case in which the Court of Justice of the European Union (CJ) confirmed that it was necessary to bear in mind how the objectionable mark being considered was used on packaging and bottles.

The Board of Appeal had erred by not taking into account the evidence filed by Coca-Cola; for Article 8(5) the GC can make logical deductions from the facts of the case as well as taking into account the usual practices in the relevant sector, but must also consider other circumstances which would include how the third party was using the mark applied for. Evidence such as this can be taken into account if it facilitates that analysis.

The GC could not give a ruling as to whether or not unfair advantage had been taken because the point had not been properly examined by the Board of Appeal.

This case is therefore returning to the Board of Appeal for it to re-examine the Article 8(5) grounds, taking into consideration the evidence filed by Coca-Cola.

This case is particularly helpful for Article 8(5) claims, providing confirmation that filing evidence of how a party is using the mark applied for may be taken into account.

The case confirms that, for food product cases, overall visual appearance is as important as individual word elements when comparing marks.