Bad faith is a ground that can only be used against an EUTM post registration and not beforehand during opposition proceedings. In this case, Inner Mongolia Yili Industrial Group Company Limited (the invalidity applicant) is a market leader in dairy production in China, where its trade mark 伊利 (yīlì) has attained the status of a well-known mark.

In 2015, Mr Wen Li filed an EUTM application for similar goods in classes 29, 30 and 32 in the form containing both the word element “YILI” as well as the corresponding transcription into Chinese “伊利” (see above right).

After an unsuccessful opposition against this application based on its earlier EUTM, Inner Mongolia Yili filed for invalidity of the EUTM claiming bad faith under Article 59(1)(b) EUTMR.

It was argued that all the above factors created a strong presumption of a bad faith registration.

Taking all of the aforementioned into consideration, the Cancellation Division found:

The Cancellation Division held that it was not a necessary condition for the finding of bad faith that the invalidity applicant actually possesses enforceable rights in the EU prior to the filing of the contested EUTM. What is important is the invalidity applicant’s legitimate right to the sign. It therefore concluded that the EUTM should be declared invalid.

Despite the huge number of EUTM filings from China, the EUIPO consistently considers EUTMs containing Chinese characters to be figurative marks (it conducts no aural and genuine visual and conceptual comparison in inter partes proceedings when assessing a likelihood of confusion). Therefore the scope of protection one has in a Chinese character EUTM is debatable. Whether the EUIPO’s position is sustainable, only time will tell. 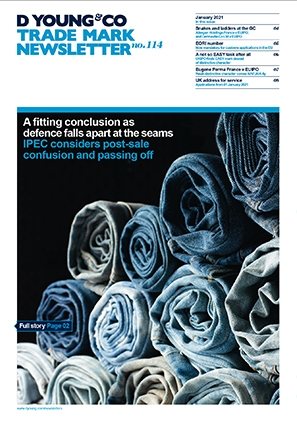