Detriment to the Distinctive Character of a Trade Mark

In our July 2012 trade mark newsletter (edition 63) we reported on a decision from the General Court (GC) in the case of Société Elmar Wolf’s opposition to Environmental Manufacturing LLP’s CTM for a wolf device based on their earlier WOLF word and device marks registered as international and French trade mark registrations. 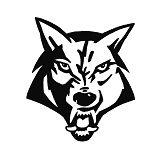 Figure 2The grounds for appeal included:

The Opposition Division originally dismissed the opposition on the grounds that Elmar Wolf had not adduced evidence of detriment to the repute of their earlier marks or any unfair advantage gained.

The Second Board of Appeal allowed the appeal and annulled the decision of the Opposition Division.

Environmental Manufacturing LLP then appealed to the GC who (as reported in our July 2012 newsletter) stated that the proprietor of an earlier mark, in order to adduce evidence that use of the latter mark would be detrimental to the distinctive character of its mark, must show evidence of a future risk of detriment without being required to demonstrate actual and present harm to its mark.

The GC stated that this can be established:

1. On the basis of logical deductions made from an analysis of the probabilities; and

2. By taking account of the normal practice in the relevant commercial sector as well as all other circumstances of the case.

However, this decision was appealed to the Court of Justice of the European Union (CJ).

In allowing the appeal, the CJ referred back to its decision in the Intel case which said “proof that the use of the latter mark is, or would be, detrimental to the distinctive character of the earlier mark requires evidence of a change in economic behaviour of the average consumer of the goods and services for which the earlier mark was registered, consequent on the use of the latter mark or a serious likelihood that such change will occur in the future” (Intel Corporation, Para 77).

The court said its Intel decision clearly indicated it was “necessary to demand a higher standard of proof in order to find detriment or the risk of detriment to the distinctive character of an earlier mark”.

It acknowledged that its own case law did not require evidence to be adduced of actual detriment and admitted the serious risk of such detriment allowing the use of logical deductions.

By not having in place a high standard of proof, the criteria accepted by the GC could damage competition in the market place.

Nonetheless, such deductions must not be the result of mere suppositions but must be founded on “an analysis of the probabilities and by taking account of normal practice in the relevant commercial sector as well as all the other circumstances of the case.” (Para 43).

This decision reiterates the high standard imposed by the Intel case and will no doubt disappoint brand owners who will now need, once again, to provide evidence of a change in the economic behaviour of consumers resulting from use of the latter mark (or a serious likelihood of such a change).

The position remains unclear on how to prove such a change in economic behaviour particularly where the goods/ services are different, or where the latter mark has not been used. Further guidance on this point would be welcomed to help brand owners protect their reputation.