Dumb and Dumber?  Parody Defences in the UK

In mid-February 2014, a coffee shop was opened in Los Angeles called “Dumb Starbucks”. The get-up of the café was very similar to the well known Starbucks chain, using the same shade of green and décor. Dumb Starbucks also amended the original Starbucks logo and menu, simply by adding the word “Dumb”. One notable difference, however, was that at Dumb Starbucks drinks were free and the establishment presented itself as an art-installation. 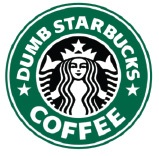 Whilst Starbucks are yet to take any legal action, Dumb Starbucks are purporting to rely on the parody exemption under US law, a defence to trade mark infringement that allows parody as a form of ‘fair use’ of a third party trade mark. The leading case in the US, which has been followed by a number of more recent cases, is the case of Campbell v Acuff-Rose Inc. In Campbell, a parody of the renowned “Oh Pretty Woman” song, was found permissible as the parody had a transformative effect on the original, a factor that outweighed other issues such as commercial nature.

In the UK, the area of parody is in flux, with no official parody defence currently available. In relation to trade mark infringement, the most recent case is Ate My Heart Inc v Mind Candy Ltd, in which Lady Gaga prevented Mind Candy from “promoting, advertising, selling, distributing or otherwise making available to the public The Moshi Dance or any musical work or video that purports to be performed by a character by the name of Lady Goo Goo, or that otherwise uses the name Lady Goo Goo or any variant thereon”. This decision was on the basis that there was a real risk that Lady Gaga’s reputation could be diluted and/or tarnished together with an arguable case of unfair advantage. The judge observed that there was no parody defence available, and highlighted that even if there were, the Lady Goo Goo character went further than parody and actually aimed to increase the commercial success of Mind Candy. However, the judge did not go as far as preventing Mind Candy from using the Lady Goo Goo character within the Moshi Monsters game.

In the sphere of copyright, parodies are currently not allowed unless the copyright owner has given permission.

Case law, though sparse, has tended to fall in favour of the rights owner (see Twentieth Century Fox Film Corp v Anglo-Amalgamated Film Distributors) in which the defendant was prevented from creating a poster for “Carry on Cleo” based on the claimant’s “Cleopatra” poster). There is, however, an ongoing proposal, following the Hargreaves Review of Intellectual Property and Growth in 2011, that suggests including parody within the ‘fair dealing’ defence for copyright infringement, the definition of which is not clear in itself. It remains to be seen whether this will be implemented, although developments are expected in 2014.

Possibly due to the risk of negative public relations for rights owners who take action against ‘the little guy’ and in an age where ‘trial by social media’ is an increasingly real prospect, parody cases often settle, resulting in a dearth of case law in this area. Dumb Starbucks is currently closed, having been trading without a health and safety certificate. However, it will be interesting to monitor what happens if Dumb Starbucks reopens its doors or launches a UK branch.