With the parallel systems of patent revocation in Europe (opposition before the European Patent Office (EPO) and revocation/nullity before the national courts), where the opposition runs slower than the national courts, there is a risk that a patent found to be valid and infringed by the national courts is subsequently found to be invalid by the EPO. Ultimately, this risks a defendant being injuncted, delivering up and paying damages in relation to a patent which is deemed never to have existed. Different jurisdictions address this in different ways. In the UK, the court will consider a stay of the national proceedings pending the outcome of the opposition proceedings, applying the criteria in IPCom v HTC. This was the situation in a recent case, Coloplast v Salts Healthcare.

Here, Coloplast was the owner of European patent (UK) 2,854,723 B1 for a comfort layer around an ostomy bag. Following grant, the patent was opposed at the EPO on 16 April 2018 by a third party, Hollister. A preliminary opinion was given on 18 February 2019, with an oral hearing and decision scheduled for 26 September 2019 (with written reasons to follow), namely within 17 months of issue. Both parties agreed that it was likely that any decision would be appealed to the Board of Appeal, but the time estimates of the length of that appeal varied between the parties from 2021 (if not accelerated) to 2022 and 2024. Further Coloplast argued that there was a risk that following any decision from the Board of Appeal, the issue would be remitted back to the Opposition Division. This is referred to as the "ping-pong" effect. This could extend the proceedings further, potentially up to 2028.

In approximately April 2019, Coloplast commenced national proceedings against Salts Healthcare in relation to the latter’s Confidence BE range. Salts Healthcare denied infringement and counterclaimed for invalidity. It also applied to join the opposition. It was estimated that any first instance decision would be by October 2020 to March 2021, with a decision on appeal by mid-late 2022 to early 2023.

Salts Healthcare sought a stay of the national proceedings pending the outcome of the opposition. While not expressed this way in the judgment, the parties’ positions appeared to be as follows:

In IPCom v HTC the English Court of Appeal set out guidance as to when a stay should be exercised:

"1. The discretion, which is very wide indeed, should be exercised to achieve the balance of justice between the parties having regard to all the relevant circumstances of the particular case.

3. Although neither the EPC nor the 1977 Act contains express provisions relating to automatic or discretionary stay of proceedings in national courts, they provide the context and condition the exercise of the discretion.

5. If there are no other factors, a stay of the national proceedings is the default option. There is no purpose in pursuing two sets of proceedings simply because the Convention allows for it.

6. It is for the party resisting the grant of the stay to show why it should not be granted. Ultimately it is a question of where the balance of justice lies.

7. One important factor affecting the exercise of the discretion is the extent to which refusal of a stay will irrevocably deprive a party of any part of the benefit which the concurrent jurisdiction of the EPO and the national court is intended to confer. Thus, if allowing the national court to proceed might allow the patentee to obtain monetary compensation which is not repayable if the patent is subsequently revoked, this would be a weighty factor in favour of the grant of a stay. It may, however, be possible to mitigate the effect of this factor by the offer of suitable undertakings to repay

8. The Patents Court judge is entitled to refuse a stay of the national proceedings where the evidence is that some commercial certainty would be achieved at a considerably earlier date in the case of the UK proceedings than in the EPO. It is true that it will not be possible to attain certainty everywhere until the EPO proceedings are finally resolved, but some certainty, sooner rather than later, and somewhere, such as in the UK, rather than nowhere, is, in general, preferable to continuing uncertainty everywhere.

9. It is permissible to take account of the fact that resolution of the national proceedings, whilst not finally resolving everything, may, by deciding some important issues, promote settlement.

10. An important factor affecting the discretion will be the length of time that it will take for the respective proceedings in the national court and in the EPO to reach a conclusion. This is not an independent factor, but needs to be considered in conjunction with the prejudice which any party will suffer from the delay, and lack of certainty, and what the national proceedings can achieve in terms of certainty.

11. The public interest in dispelling the uncertainty surrounding the validity of monopoly rights conferred by the grant of a patent is also a factor to be considered.

12. In weighing the balance it is material to take into account the risk of wasted costs, but this factor will normally be outweighed by commercial factors concerned with early resolution.

13. The hearing of an application for a stay is not to become a mini- trial of the various factors affecting its grant or refusal. The parties' assertions need to be examined critically, but at a relatively high level of generality."

“In my judgment, the default position of a stay is displaced. In this case, Coloplast has demonstrated that there are other factors which displace the default option:

(a) The refusal of a stay will not irrevocably deprive Salts of a benefit of the concurrent jurisdiction of the EPO and this court - Coloplast has offered to undertake to repay any monetary compensation it receives if the Patent is subsequently revoked (guideline 7);

(b) There is, in my judgment, some commercial certainty that would be achieved at a considerably earlier date in the case of these proceedings (guideline 8). Whilst the parties may not have absolute certainty (or certainty outside the United Kingdom), until the EPO proceedings are finally resolved, it is preferable to obtain certainty at least in the United Kingdom, one of the largest markets for Coloplast and the largest market for Salts, sooner rather than later;

(c) I have taken into account that the resolution of these proceedings may, by deciding some important issues (including, for example, infringement), promote settlement (guideline 9);

(d) I have considered the length of time that it will take for each set of proceedings, and have concluded that these proceedings are likely to be concluded first. Certainly, if these proceedings are stayed and the EPO does not revoke the Patent, there will be a considerable delay which, in my judgment, causes significant prejudice to Coloplast. Rather, as noted above, I consider that early determination of these proceedings will achieve some certainty for the parties (guideline 10): I do not accept that denying a stay will cause irrevocable harm to Salts;

(e) In this case, there is some public interest in dispelling the uncertainty (guideline 11); and

(f) Whilst there is a risk of wasted costs if no stay is granted and the EPO eventually revokes the Patent, in my judgment, this is outweighed by commercial factors associated with early resolution, as guideline 12 suggests will "normally" be the case.”

While, on its face, a stay of national proceedings is the default position in the UK, the combination of an absolute right of appeal, a minimum of two years to appeal and the potential of the ping pong effect before the EPO means that it is unlikely that a stay will be granted. This gives rise to the risk that a defendant will have to bear legal costs, pay damages, deliver-up and be injuncted in relation to a patent which is deemed never to have existed. Here, Coloplast undertook to repay any damages received and the court intimated that some or all of the remaining issues could be addressed at the form of order hearing after the conclusion of the national proceedings. 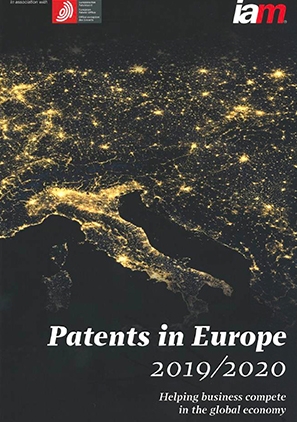