Unified Patent Court & unitary patents on the horizon for 2022?

The draft legislation required for Germany to ratify the UPCA and the Protocol on Provisional Application has been before the German Parliament since the beginning of June 2020. On 26 November 2020, the German Bundestag adopted with the necessary qualified majority the draft ratification bill including the consent to the UPCA. This is an important step and has been welcomed by the EPO President. A second constitutional complaint is of course possible but Germany is now able to move forward with the ratification process.

The Unified Patent Court (UPC) bill will now be submitted to the German upper house (Bundesrat) for approval, and it is envisaged that this will take place in the final months of 2020. Once approved, Germany will be able to deposit its instrument of ratification of the UPCA and thereby bring the UPC and the unitary patent into effect.

The initial step will be for the provisional application period to commence. This will allow the UPC to come into existence before formal commencement of the court itself, and enable the so-called “sunrise period” to begin. The “sunrise period” is planned to start three months before the UPC becomes operational and will allow patent proprietors to opt-out any existing granted European patents from the jurisdiction of the UPC.

All of this means that “opt-outs” can be expected to be available in 2021 with the start of the UPC and the availability of unitary patents to follow in early 2022.

This also appears to be the view of the EPO. According to the dedicated section of the EPO’s website on the “Unitary Patent & Unified Patent Court”:

“The start of the new system is currently expected for the beginning of 2022.”

Notwithstanding further hurdles that may arise in the German ratification of the UPCA, 2022 may indeed be the year of the UPC.

We are delighted to inform you that D Young & Co’s attorneys will be able to represent clients in the UPC. This representation is in addition to our existing representation rights before the EPO, and means that we are able to meet all of our clients’ European patent requirements. 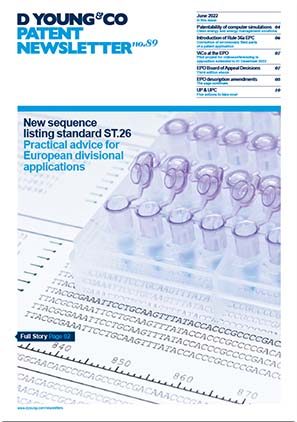