The General Court decision in Petco Animal Supplies Stores Inc v Office for Harmonisation in the Internal Market (OHIM) (case T-664/13) revolved around the issue of manipulating the opposition timetable and the relationship between concurrent opposition proceedings and applications for a declaration of invalidity in relation to the earlier mark.

In July 2011 Petco Animal Supplies Stores applied for the registration of the mark PETCO as a Community trademark in, among others, classes 31 and 35 of the Nice Classification as listed below. In November of the same year, this application was opposed by Mr Ariza on the basis of his earlier Community figurative mark PETCO. 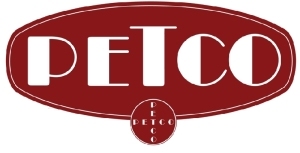 The earlier mark was also registered in, among others, classes 31 and 35 as listed below, and the opposition relied on Articles 8(1)(a) and (b) of the Community Trademark Regulation (207/2009).

The Opposition Division of OHIM accepted the opposition in part, insofar as it related to the class 31 and 35 goods/services, on the basis that there was a likelihood of confusion. This decision was appealed by the applicant, which also applied to suspend the appeal proceedings on the basis that the earlier mark was invalid. The application for a declaration of invalidity was rejected and, whilst an appeal of that rejection was outstanding, the Board of Appeal considered the opposition case and annulled the Opposition Division's decision.

The Board of Appeal held that the relevant public in this opposition was the general public and professionals in the territory of the European Union, whose level of attention was average to high. The board decided to analyse the exact goods/services listed in the respective specifications and held that the "retail services and online store services connected with the sale of... sports and sporting goods" in class 35 covered by the application were dissimilar to the classes 31 and 35 goods/services covered by the earlier mark and that, consequently, the opposition in respect of those services could not be upheld. The board held that the remaining goods/services in classes 31 and 35 were identical.

Further, the Board of Appeal held that it was not appropriate to suspend the appeal proceedings by virtue of the application for a declaration of invalidity of the earlier mark. It noted that any such suspension was subject to its own discretion and that, in this instance, it had decided not to suspend due to the facts that:

This case then came before the General Court, with the applicant asking the court to annul the part of the board's decision regarding the goods/services in classes 31 and 35 still held to be identical, and requesting again for the proceedings to be stayed pending the final decision on its application for a declaration of invalidity.

The General Court held that the board's decision not to suspend proceedings was not severable from the other reasons of its decision; therefore, if the refusal to suspend was unlawful, the entire decision would need to be annulled. It was noted that the applicant only applied to annul part of the board's decision and that this could not be modified unless there were any new matters of law or fact (of which there were none in this instance). Therefore, this aspect of the applicant's plea was held to be inadmissible as, if upheld, the court would have to rule beyond the remit of the applicant's pleas (ie, the whole decision would need to be annulled, not just part of the decision as requested). It was noted that, in any event, the decision to suspend proceedings is entirely optional for the Board of Appeal, having weighed up the competing interests of the parties. Therefore, even if this plea had been admissible, it would have been rejected as unfounded.

As regards the comparison between the goods/services, the applicant argued that promoting sports competitions cannot constitute a service associated with an advertising agency and cannot therefore be included among the advertising services provided by that agency, which are covered by the earlier mark. However, the General Court dismissed this argument, and upheld the Board of Appeal's finding that the services of "promoting sports competitions and/or events of others", which mainly consist of managing publicity for those events, are usually offered by advertising agencies and fall within the broad definition of 'advertising'. The court also agreed with the Board of Appeal's decision that there would be a likelihood of confusion between the marks, even though the relevant public had a higher level of attention than average.

This decision highlights the importance of carefully considering the content of an application to appeal and the relationship between multiple pleas. The court's discussion of the inter-relationship between opposition proceedings and applications for a declaration of invalidity is also of particular interest. Further, it is a useful reminder of the law of comparing marks and the various hurdles to be overcome.