This case concerned a claim for both trade mark infringement and passing off in the High Court of England and Wales in relation to the well-known BETTY BOOP character. A copyright claim is due to be heard later.

The claimant, Hearst Holdings Inc (Hearst) are the proprietors of a number of UK and Community trade mark (CTM) registrations dating from 1992 to 2010 for the device mark shown below (figure 01). 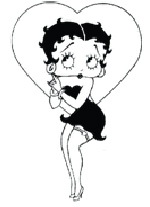 Figure 1Some of their device marks also contained the words BETTY BOOP in small lettering underneath. There were also a number of word marks for BETTY BOOP.

Hearst alleged a substantial reputation and goodwill arising from the sale of goods bearing the mark or an image of BETTY BOOP, or slogans containing those words. Part of this trade arose from Hearst’s licensing of the character and name to third parties.

1. double identity infringement, that is to say, use of the identical mark for identical goods;
2. infringement arising from a likelihood of confusion;
3. infringement as a result of both an unfair advantage and also detriment caused by the defendants’ activities; and
4. two claims of passing off both as to the trade and public but also as against the first defendant’s own licensees.

The first defendant, Avela Inc (Avela), reconditioned old movie posters with Betty Boop on them and claimed that its imagery was derived from those old posters (and that Hearst owned no copyright in those images). It ‘licensed’ the imagery to licensees, arguing that the posters provided them with a source from which it or its licensees could reproduce images of Betty Boop which do not derive directly or indirectly from works in which Hearst owns copyright. They called this a form of copyright laundry and argued there was nothing wrong with that.

The acts complained of by Hearst all involved what the claimants called “unauthorised Betty Boop merchandise”. Whilst Avela did not deny they were offering licences for Betty Boop imagery, they denied this amounted to trade mark use/infringement. This was on the basis that neither they nor their customers used Betty Boop as a trade mark at all. The Betty Boop imagery appearing on the goods was purely decorative, made no representation about trade origin and so could not infringe. Further, the words Betty and Boop should not appear together on their “imagery” – as their licences stated that the words should not be used together. They also denied passing off on the same basis.

Regarding the case law, the judge referred to “many famous losers” where trade marks and passing off had come into contact with merchandising. These included Tarzan, Abba, Kojak, The Wombles and Princess Diana. He also mentioned a couple of the winners including the Teenage Mutant Ninja Turtles and only last year, in a case in which he presided over, the pop star Rihanna. He emphasised that all these cases turn on their own facts.

The judge made the interesting distinction between real/famous people and an invented character. Pictures of famous people by no means necessarily denote trade origin. The evidence showed that there are many sources of pictures of Marilyn Monroe and other famous celebrities. As the judge said in the Rihanna case (see useful links below), there is today in England no such thing as a free standing general right by a famous person (or anyone else) to control the reproduction of their image (ie, no ‘image right’).

However Betty Boop is not a real person. There is no law which provides that invented characters have stronger rights than real people in this regard but the judge stated it is probably easier to educate the public to believe that goods relating to an invented character derive from a single official source than it might be for a real person, not least because copyright law may give the creator the ability to control the reproduction of the character for a very long time.

The case ran for five days and there was a good deal of evidence heard, although the judge was critical of most of the defendants’ witnesses.

The judge carefully considered the facts including who the average consumers were for each of the claims and the reputational impact of the claimant’s trading, via licensees, in Betty Boop merchandising in the UK since the mid 1980s with sales generally in the hundreds of thousands of pounds.

In terms of the defendants’ activities, Avela offers licences of the “imagery” to various licensees. One example referred to in the judgement concerned a T-shirt with a large picture on the front with the title “Boop’s BREAKFAST AT TIFFANY’S”. The picture is clearly recognisable as a representation of a poster for the famous film in which the head of the character Holly Golightly (played by Audrey Hepburn) has been replaced with Betty Boop’s head. The idea is that Betty Boop is starring in the film playing the character. The public would instantly recognise this as Betty Boop from the head and the word “Boop”. The label, swing tags and the packaging included the words “Official licensee”. This, Hearst argued, indicated to the public that the item had been licensed by the official source of the merchandise. In the context of an item of Betty Boop merchandise that means the claimants.

By way of example it was noted that the chain Pennys/Primark had received a letter before action as a result of offering for sale items licensed by the defendant. It was clear they had assumed the items to be from an entity with “the official licence for Betty Boop”. They then realised that this was not true and they had been misled. There were other similar instances to this also raised .

Avela’s defence was primarily that they were merely using “imagery” and that such usage was in accordance with honest practices in industrial or commercial matters. They also alleged their own copyright in the licensed images but the evidence did not support this claim. Avela even managed to claim that a finding of infringement would contravene their human rights. The judge disagreed.

As a result, the judge had little hesitation in finding in favour of Hearst both for the various trade mark infringement claims and also passing off. He specifically found that the use of a ‘Betty Boop’ image on, eg, clothing (with no use of ‘Betty Boop’ as a word) infringed the word marks for BETTY BOOP because of conceptual similarity based on the reputation of the character as a whole. He also rejected the argument by Avela that use of the Betty Boop image was purely decorative. He said: ‘they are decorative but they are not purely so’.

From a practitioner’s point of view it would have been interesting if he had gone on to explain his reasoning having distinguished this case from Adidas v Fitness World decided before the ECJ back in 2003. He did however state: ‘merely because the average consumer views the use as decorative does not necessarily avoid infringement, the usage only avoids infringement if it is purely decorative or purely an embellishment’.

Separately, the defendant had sought the invalidity of the trade mark registrations on the basis of lack of distinctiveness; however, that was rejected by the judge.

One may wonder why Avela (and its licensees) thought they could do what they were doing. The answer probably lies in relation to prior US litigation between the parties where Avela were successful, apparently on the basis that use made of the trade marks (in the US) was functional and aesthetic such that there was no infringement under US law. No doubt, Avela sought to expand their US business to the UK (and indeed other European Union countries). Perhaps the two most interesting results of the case are:

Of course, it all depends on the facts and this case may well be the exception rather than the rule.