It is established case law that a trade mark owner can prevent the import of its products into the European Economic Area (EEA) where it has not consented to such imports (often referred to as parallel or grey imports).

Broadly, the rationale is that, while the trade mark owner may have exhausted its trade mark rights outside of the EEA, it has not exhausted them within the EEA.

What happens, however, if the importer removes the trade marks from the product all together? This was the situation in Mitsubishi Shoji Kaisha v Duma Forklifts NV. Here, the Defendants, Duma, purchased Mitsubishi forklift trucks from outside the EEA, placed them in a customs warehousing procedure, removed the trade marks from the forklift trucks (including the mark MITSUBISHI and the device mark below) and imported them into the EEA. 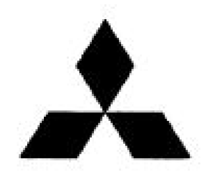 In response, Mitsubishi commenced trade mark infringement proceedings in the Rechtbank van koophandel te Brussel (Commercial Court, Brussels, Belgium). Mitsubishi reasoned that the removal of its trade marks, without its consent, was an infringement of the right of the proprietor of the mark to control the first placing on the market in the EEA of the goods bearing that mark and harmed the mark’s functions of indicating origin and quality, as well as the functions of investment and advertising. The court found against Mitsubishi and so it appealed to the Hof van beroep te Brussel (Court of Appeal, Brussels, Belgium). This referred, among others, the following question to the Court of Justice of the European Union:

“(1) (a) Do Article 5 of Directive 2008/95 and Article 9 of Council Regulation No 207/2009 cover the right of the trade mark proprietor to oppose the removal, by a third party, without the consent of the trade mark proprietor, of all signs identical to the trade marks which had been applied to the goods (debranding), in the case where the goods concerned have never previously been traded within the EEA, such as goods placed in a customs warehouse, and where the removal by the third party occurs with a view to importing or placing those goods on the market within the EEA? (b) Does it make any difference to the answer to question (a) above whether the importation of those goods or their placing on the market within the EEA occurs under its own distinctive sign applied by the third party (rebranding)?”

This case illustrates that importers cannot circumvent the rules on parallel (grey) imports by removing the relevant trade marks from the products themselves.

Read the full judgment on Curia.europa, the official website on case law from the CJEU.